“What was created to be a fun, novel way to approach Scotch whisky cocktails rapidly turned into a PR storm for The Glenlivet this week.

In celebration of London Cocktail Week’s 10th anniversary, the Speyside single malt brand created a range of edible/drinkable cocktail capsules in collaboration with Alex Kratena and Monica Berg of London’s Tayēr + Elementary, rated one of the world’s best bars after just nine months of operation, and capsule designer Notpla.

Three original cocktails ‘inspired by the elements and flavours of The Glenlivet Founder’s Reserve’ – Citrus, Wood and Spice – are filled into a biodegradable casing made from seaweed extract (called ‘oohos’) and presented to patrons in a bespoke gold box.

‘The cocktail capsules are unique and push the boundaries of how drinks can be served,’ said Kratena, who, alongside Berg, is known within the industry for an evolutionary approach to cocktail creation.

Twitter users, on the other hand, weren’t so sure, particularly those in the US who still recall the fall-out of the Tide pod craze, a thankfully short-lived YouTube trend that saw young people film themselves biting into laundry detergent capsules.

While Outlander’s Sam Heughan, who is launching his own whisky brand, remained unconvinced by the innovation, one of the more hysterical over-reactions came from ABC’s foreign affairs reporter Julia Macfarlane, who described it as a ‘sick joke’ and an ‘abomination’, calling on Scottish First Minister Nicola Sturgeon to ‘do something’.

Other reactions have gone so far as to label the capsules a ‘public health hazard’, prompting warnings by Twitter users that ‘teens are going to put these in their butts’, despite the fact they are only available at Tayēr + Elementary, where alcohol is not served to minors, let alone to anyone attempting to shove anything up their rectal passage.

The capsules were described by one publication as ‘weird shit’, despite the fact that spherification, the technique pioneered by El Bulli chef Ferran Adrià to create spheres of liquid contained in an algae-based casing, has been used and celebrated by chefs the world over for a good 15 years; and despite the fact that oohos filled with Lucozade were handed out to runners during this year’s Virgin Money London Marathon to cut back on plastic waste – without so much as an outraged hashtag from the Twitterati.

Apparently, the universe can rest easy if these biodegradable, ingestible pouches are filled with anything other than Scotch whisky.

It begs the question: what if the cocktails contained rum, or that darling of the British press, gin? Would the capsules still have received such widespread criticism?

Wine writer Nina Caplan missed the point in her succinct op-ed for The Guardian: ‘Multinationals such as Pernod Ricard (which owns The Glenlivet) are fixated on novelty, which has nothing to do with the slow enjoyment of good whisky. If we want people to drink responsibly, it isn’t enough to put anodyne health warnings on websites and bottles. What is needed is an education in appreciation, and that doesn’t come in a consumable capsule.’

Surely the enjoyment of a ‘good’ whisky is down to a person’s individual preference – fast, slow, neat, mixed, in a glass or seaweed casing, the choice is subjective. Sticking with the old adage that whisky appreciation can only be attained by ‘slow enjoyment’ actually throws whisky education back into the dark ages.

The capsules each contain 23ml of liquid, and are served chilled, directly from the fridge to be popped into the mouth in one go. Biting down on the capsule releases the cocktail inside, and consumers are free to roll that liquid around the mouth for as long as they like.

As far as drinking responsibly goes, each capsule contains less alcohol by volume than a standard 25ml shot (as defined by the British Weights and Measures Act) of 40% abv Tequila, vodka, etc, which is, incidentally, more liquid volume than contained in a Glenlivet capsule.

The capsules were devised as a light-hearted exploration of the possibilities of how whisky can be enjoyed, although (assumingly playfully) the press release asking whether they mark the ‘death of the whisky tumbler’ may have been a step too far. However, as Miriam Eceolaza, director of The Glenlivet, said: ‘As a brand that celebrates originality, we are always looking to break the conventions that have determined how single malt Scotch has historically been enjoyed.’

In the face of an ageing consumer base, Scotch has been trying to shake off its dusty image of tartan and tweed to appeal to a younger audience, with varying degrees of success. They may be marketing buzzwords, but innovation, craft and stories with substance are what excite new whisky drinkers, and unless Scotch appeals to their cravings it risks becoming the dusty, uncool spirit of past generations, languishing on the top shelf as the more relevant Bourbons, rums and Irish whiskeys swagger in.

Divisive cocktail capsules aren’t enough on their own to change the public’s perception about mixing Scotch, but at least The Glenlivet is trying. The saga goes to show Scotch is caught in a Catch-22 situation – it’s damned if it doesn’t innovate; ridiculed if it does.

ABC’s Macfarlane is, however, at least partially correct: Nicola Sturgeon should do something – get down to Tayēr and try the capsules, and show that drinking a Scotch-based cocktail in a different way needn’t be a cause for mass outrage.” (Source; Scotch Whisky Magazine 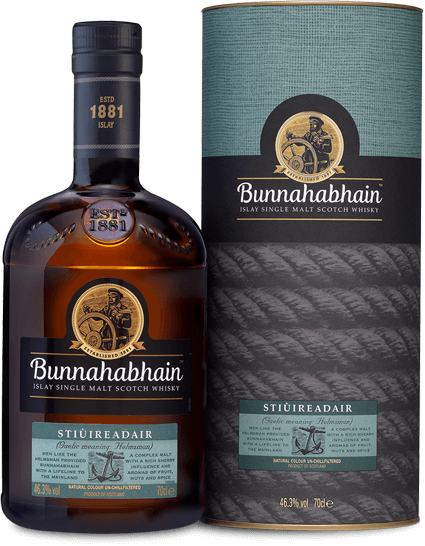 "Smell the Scent of Salt on the Wind" 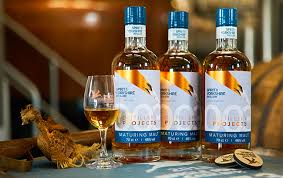